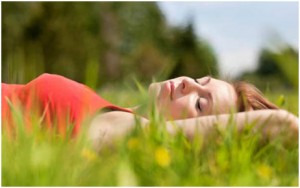 A Panic Attack is defined as a time of intense fear and anxiety, which are accompanied by a series of physical and cognitive symptoms. Usually these attacks are triggered because of an activating agent (called “trigger”), which occurs suddenly and creates a state of anxiety and confusion almost instantaneous . Panic Attacks usually appear suddenly and can reach their maximum intensity in about 10 minutes. However, they may continue longer if the patient has had an attack triggered by a situation that is not or do not feel able to escape.

The person suffering from Panic episodes feel suddenly terrified for no apparent to herself or others reason. Tachycardia, shortness of breath, pulmonary hyperventilation , tremors or dizziness , fear of leaving the house : Panic Attack During intense physical symptoms occur . Panic attacks can occur at any time or place without notice. During a panic attack or panic attack is presented to the individual a sudden onset of a high level of anxiety and physiological arousal without apparent cause. Panic Attack manifest as episodes that erupt unexpectedly abrupt and unexplained and are accompanied by symptoms associated with fear such as sudden high blood pressure , tachycardia , shortness of breath (dyspnea ) , dizziness and unsteadiness , sweating, nausea or vomiting , symptoms them all consistent with the fear that causes . Usually accompanies the crisis a strangeness of me next to a perception of unreality and non-recognition of the environment. Panic Attack does not last long, but is so intense that the affected person perceives as very long. Often the individual feels he is in danger of imminent death and has an imperative need to escape a place or a feared situation (consistent appearance with emotion that the subject is feeling) . The fact that you cannot physically escape the situation of extreme fear that is affected greatly accentuates the symptoms of panic.

SPONTANEOUS : they appear without warning at any time of the day, even during sleep , with no apparent trigger. In many ways, this is the most frightening form of attack, and that happens without warning, and those who suffer cannot try to rationalize or even relate to a specific fear. The random nature of these attacks causes are often confused with heart attacks.

SPECIFIC : occur in situations or locations . Whoever has never suffered an attack being absent these conditions, and completely free of symptoms when in comfortable environment for him or her – for example, at home , alone or with trusted friends . This can have a debilitating effect, since those who suffer can be doing too much to avoid these triggers, often suffering great inconvenience for them and for their loved ones.

DESIGNED FOR SITUATIONS seen when those who experience them more frequently suffer noticeable in certain situations.For example, when traveling in groups or trains. The person cannot have a fear or phobia specific regard to public transport, nor attacks always occur these people boarding a train, but the chances of suffering other attacks in that particular situation are much higher than normal.